Westfields Tennis Club has a long history, having been first established in 1924 (read more below). Today the Club sits in a lovely green oasis, just a little over a mile from the city centre. It is a very friendly club, welcoming all who choose to join.

As well as lots of opportunities to simply play tennis, we offer coaching for people of all standards and ages, from complete beginners, through ‘rusty racquets’ to higher level skill development. Those interested in playing in one of our teams can put their name forward for selection, and everyone is invited to join in the Club’s regular tournaments. In addition to playing tennis, there is an active social programme, with themed meals, BBQs and other events.

If you would like to try out the Club, you are welcome to attend a Club session as a visitor by just paying the £3 visitor fee each time. If you then join, the visitor fees paid will be deducted from the membership fee. Just let us know beforehand by email or telephone (see the Contact Us page). 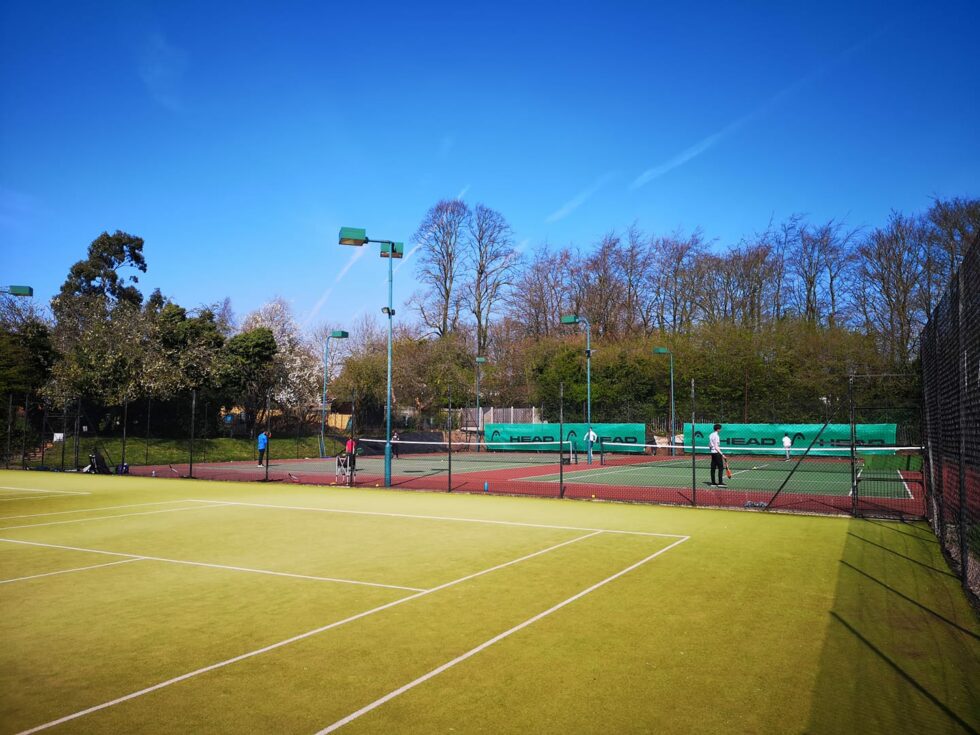 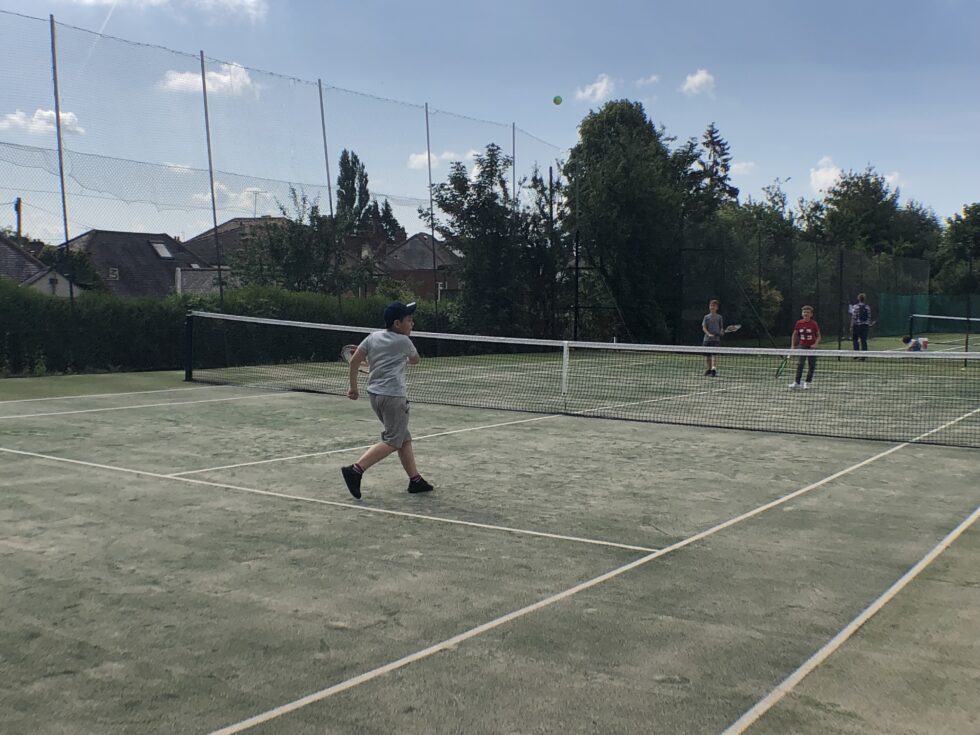 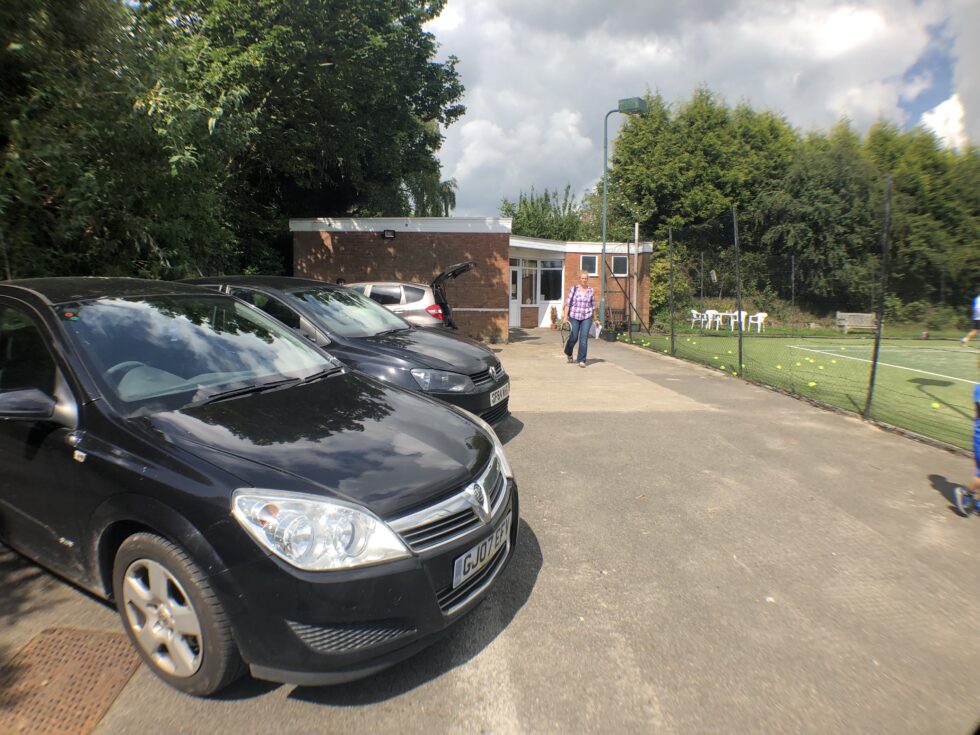 Members should be aware of the Club’s policies and procedures which are set out below. A copy of the Club’s Rules is sent directly to every member.

The story of Westfields Tennis Club starts on 25th March 1924.  17 people decided to launch Westcotes Church Tennis Club and took a lease on two grass courts in Western Park. The membership fee was set at 25/- (£1.25) and 35 members joined up.

In 1926, after just two years, the decision was made to move the Club from Western Park to a site on Eastfield Road, half a mile away, where three grass courts were available to lease. Then just six months later a decision was made to move again! This time the venue was opposite Western Park Road where two hard courts in the possession of a Mr. Cooper were made available.  Here the Club developed and a club tournament was contested for the first time in 1927. Mr. and Mrs. Cooper marked the occasion by donating the Celyan Trophy; so named after their bungalow behind which the courts were situated.  This trophy is still competed for annually, being awarded to the winner of the men’s singles championship.

In 1932 a financial shortfall meant that without help the Club would have to sell their lease of the land and be wound up. The Church of the Martyrs came to the rescue bringing 20 additional members to the club and the name was changed to Westfields Lawn Tennis Club.  However, the facilities were still far from ideal with a lack of room at the side of the courts and balls being lost into neighbours’ gardens!  So in 1932 they took over another club which had fallen on hard times and for £80 acquired three grass courts and a hard court – all in need of repair. In 1933 the new courts were officially opened and for the first time Juniors joined the club and were encouraged to enter into coaching schemes.

War disrupted the club when the Army took over the courts, forcing the club to rent a court at Aylestone Boathouse.  A few years after the war, in 1955, another nearby club (the Old Dane Hills Club) on Eastfield Road had met its demise and, although their courts and facilities were in very poor condition, Westfields LTC decided it was the home for them. A lot of work from members developed the club and installed four shale courts. A new brick clubhouse replaced the original wooden hand-built structure.  So much of the success of Westfields was due to the work of club president, Les Forryan, a member of the club for an incredible 79 years.

Westfields LTC was very successful in local leagues and in 1988 changed from shale to hard courts and 2 sets of floodlights were installed and later access arrangements were upgraded to allow wheelchair access.  Over the next 10 years Westfields celebrated many team and individual successes, not least the emergence of Charlotte Machin, the most gifted tennis player in the history of Westfields. Aged just 8, Charlotte won the Leicestershire under-10s championship in 1998, repeated in 1999. Then, aged just 17, Charlotte won the Leicestershire Open Juniors’ Singles Championship and the Open Ladies’ Singles Championship in the same year and is the only Westfields player to play abroad in search of a World Ranking.

A new chapter in Westfields’ long history has begun with the installation of four savannah courts in 2019.